Alleged war criminal sought refuge in Canada before being deported to U.S.

An alleged war criminal from Somalia, first exposed by the fifth estate in 1992, now finds himself in the middle of a landmark human rights lawsuit in the U.S.

Yusuf Abdi Ali, also known as Colonel Tukeh, was first investigated by the fifth estate in 1992 for allegations that he executed, tortured and maimed countless people during Somalia’s civil war. He was living in Toronto at the time of the original broadcast.

Just days after the fifth estate’s story aired, Ali was deported back to the U.S. — his original port of entry.

However, despite the allegations made in the fifth estate program, Canadian authorities never pursued Ali for war crimes.

the fifth estate documentary “Crimes Against Humanity” showed that before working as a security guard in Toronto and trying to make Canada his new home, Ali wore a much different uniform.

He was a commander in the brutal civil strife fought by Somali dictator Mohamed Siad Barre and his army against their own people.

Almost a quarter-century later, it turns out that Ali is still living in the U.S., working in the Washington area.

He is at the heart of a lawsuit in the U.S. where he is being sued for war crimes in Somalia, specifically for allegations brought forward by Farhan Warfaa, who says he was the target of a brutal interrogation by Ali in December 1987.

Ali “was in the room directing the questioning while [Warfa] was tortured and violently beaten,” said Tara Lee, Warfaa’s lawyer. “At the conclusion of the torture and beating, [Ali] shot him five times at point blank range while he was chained and restrained.”

Tara Lee is the lawyer for Farhan Warfaa, a Somalia man who says he was beaten and tortured by Ali and others back when the Siad Barre regime was still in power. (CBC)

Incredibly, Warfaa survived and is now seeking justice in a U.S. court from the man he says pulled the trigger in Somalia.

At issue in the pending lawsuit is whether an American court is the proper place for something that allegedly happened so long ago and so far away.

Should the case proceed, Ali may soon find himself the public face of what would be an historic decision to deny war criminals safe haven in the U.S.

If the case is not allowed to continue, it might signal an easy pass for war criminals, Lee warns.

“If our courts have an interest, it’s in adjudicating the crimes of criminals that have chosen to live here,” Lee argues.

“Mr. Ali is an ordinary individual who lives here in Northern Virginia with a family and who hasn’t gotten as much as a parking ticket since he’s got here,” Drennan said.

It is a response similar to the one Ali gave in a 1992 interview with the fifth estate.

“The story you have got is completely, entirely, perfectly and absolutely partial,” Ali told the fifth estate in the original documentary. “It’s false. Totally baseless.”

In the early 1990s, Canada became a safe haven for Somalis when the civil war erupted, following the overthrow of Siad Barre’s military regime in 1991.

Most refugees were legitimate, but the fifth estate investigation found that some who had reportedly done the dictator’s dirty work were accepted as well.

A boy stands on the ruins of the former Somali parliament building in the capital Mogadishu. Somalia has been mired in violence, and lacking effective central government, since the 1991 overthrow of military dictator Siad Barre. (Feisal Omar/Reuters)

Prior to the fall of the Siad Barre regime, for which he had worked, Ali went to the U.S. on a diplomatic visa where he received American military training.

When the Somali regime fell in 1991, he came to Canada, claiming to be a refugee.

When the fifth estate went to northern Somalia in 1992, it seemed everyone had a story about torture and gruesome killing allegedly on Ali’s watch, including stories about people being tied to trees and burned alive.

One woman described the scene of her brother being dragged behind a military vehicle until he was “shredded to pieces.”

The Somali journalist who worked with the fifth estate on the 1992 documentary, stands by the original broadcast. Mohamed Urdoh traveled to Gibeley, Somali, with the CBC crew and translated the stories of victims and the eye witness accounts.

Before the war, Ali was a graduate of the Pentagon’s program for foreign officers. At the time of the armed uprising against Siad Barre in the late 1980s, America was braced by the Cold War and, in an effort to keep a country like Somalia away from Soviet influence, it was willing to support and arm Somalia’s military dictatorship, despite its blatant disregard for human rights.

The U.S. military selected and trained the best and brightest of its allies — Ali being one of them.

The case involving Ali is now with the 4th Circuit Court of Appeals in Virginia and a decision is expected soon.

In 1992, in Crimes Against Humanity, the fifth estate first exposed the presence in Canada of an alleged war criminal: a colonel in the Somalia army, accused of brutal war crimes in that country’s brutal civil strife. His name was Yusuf Abdi Ali. Villagers in Somalia claimed he burned people alive, tied people to military vehicles and dragged them to their deaths. Within a week of our program, he was deported from Canada. 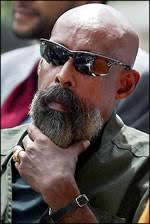 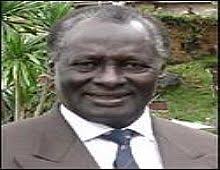 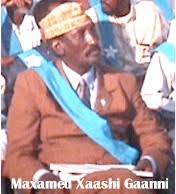 By A.Aw Hussein
( An eye witness during the bombardement of cities in 1988)

In 1992, in Crimes Against Humanity, the fifth estate first exposed the presence in Canada of an alleged war criminal: a colonel in the Somalia army, accused of brutal war crimes in that country’s brutal civil strife. His name was Yusuf Abdi Ali. Villagers in Somalia claimed he burned people alive, tied people to military vehicles and dragged them to their deaths. Within a week of our program, he was deported from Canada.